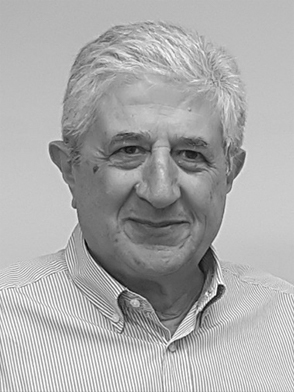 Nick is one of the founding partners of the firm having formed Mentor Marine Consultants back in 1992 together with John Cratiras. He holds a Bachelors degree in Marine Engineering – University of Newcastle Upon Tyne and Masters degree in Internal Combustion Engineering – University of Bath. He is an ex-Superintendent Engineer, has acted as Technical Manager of Mycali Maritime Corporation, Piraeus and has been working as an Independent Marine Consultant since 1984.

Nick is mostly dealing with major Casualties, H&M damages, P&I Consulting and has often acted as Expert Witness in various court cases. He is a Chartered Engineer, Member of the Institute of Marine Engineering, Science and Technology – London, the Society of Consulting Marine Engineers and Surveyors – London and the Hellenic Technical Consultants Association.

Bachelor of Science in Marine Engineering – University of Newcastle Upon Tyne, England (1972), Master of Science in Internal Combustion Engineering – University of Bath (1973); Training in Main Engine Repairs at Cardiff Channel Dry Docks (Bailey Shipyard), Summer 1966; Training in Shipbuilding at Hellenic Shipyards (Summer 1967); Training at Engine Erection Department of Hawthorn Leslies (Summer 1969); Training at the Department of Construction of Ships Hulls and Department of Construction of Machines at Kockums Shipyard (Summer 1971); Apprentice Engineer on board the bulk carrier “KEHREA” for a period of six months (1975)

–  Member of The Institute of Marine Engineering, Science and Technology, England.